About Antique Stoves from Thorstoves 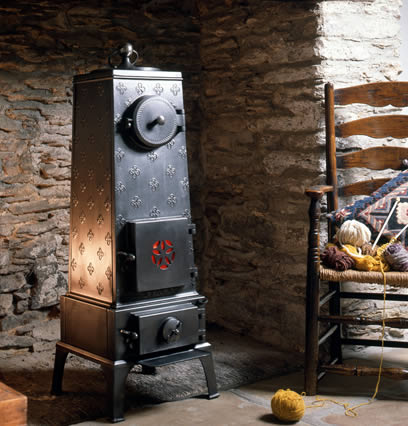 Who are Thorstoves and What Do Do?

Thorstoves has been in business since 1976. Based in Devon, South West England, the company specialise in the restoration of rare antique and vintage stoves. The search for beautiful and unusual classic stoves to restore has taken the company’s founder, John Nightingale, on exhaustive trips across Europe (It’s a hard life but someone needed to do it)

Once collected, the antique stoves are returned to the Thor Stoves workshops, where the technical and aesthetic restoration process begins. The result of which is the return to perfect condition of these beautiful and functional stoves. Indeed through our deep knowledge of the function and attention to detail they are often improved on the sometimes primitive models which originally left the foundry.

These antique stoves, which span the last century and a half, are a living testament to the astonishing craftsmanship that went into their construction, they were constructed at the Acme of the iron era. The patterns were first carved in wood then moulds were made into which the molten iron was poured.

The stoves were made in an era before it became fashionable to make functional objects devoid of aesthetic appeal, they are often highly decorated in Belle Epoch- Arte Nouveau or Scandi ‘Skerne werke’ styles and yet the principle design objective was the same, to give the maximum amount of heat from the minimum amount of fuel, and in that they succeeded as well, and in many cases better, than any stove made today.